Margaret Ashmore is an author, speaker and artist. Her greatest passion is to declare the sufficiency of Christ for healing of hearts, restoring of souls and transforming lives.

With grace and artistry, she paints a portrait of God’s love through the power of the cross to heal hearts and transform lives. The darker hues of her past, stained by childhood abuse, the bondage of immorality and the devastation of cancer, create the backdrop on which Christ reveals His own beautiful masterpiece of redemption and healing in Margaret’s life. Her story affirms that only in going to the cross and laying down one’s own life can the soul truly experience the freedom and joy of Christ’s life within. The words of the great hymn writer, Fanny Crosby, ring out through Margaret’s testimony of God’s love and mercy:  “This is my story, this is my song, praising my Savior all the day long!”

Margaret attends Benchmark Bible Church in Denton, Texas, where she serves as director of the counseling ministry in addition to leading Bible studies for women. She is a frequent speaker for women’s retreats and conferences across the country as an outreach of her church. Margaret has always been single, considering this a gift in allowing her to freely serve the Lord in “feeding His sheep.”

“Whom have I in heaven but you? And earth has nothing I desire besides you. My flesh and my heart may fail, but God is the strength of my heart and my portion forever.” Psalm 73:25-26 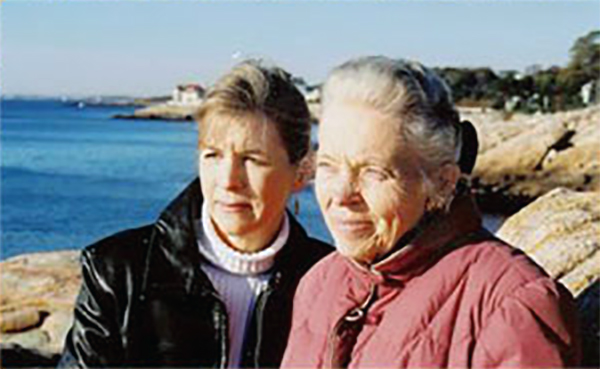 Elisabeth Elliot was born Elisabeth Howard in Brussels, Belgium on December 21, 1926, and her family included her missionary parents, four brothers, and one sister. Elisabeth’s brothers, Thomas Howard and David Howard, are also authors. Her family moved to the Germantown neighborhood of Philadelphia, Pennsylvania in the U.S. when she was a few months old. In addition to Philadelphia, she lived in Franconia, New Hampshire and Moorestown, New Jersey. She studied Classical Greek at Wheaton College, believing that it was the best tool to help her with the calling of ultimately translating the New Testament of the Bible into an unknown language. It was at Wheaton where she met Jim Elliot. Before their marriage, Elisabeth took a post-graduate year of specialized studies at Prairie Bible Institute in Alberta, Canada, where a campus prayer chapel was later named in her honor. Jim Elliot and Elisabeth Howard went individually to Ecuador to work with the Quichua (or Quechua) Indians; the two married in 1953 in the city of Quito, Ecuador. In January of 1956, her husband Jim was speared to death along with four of his missionary friends while attempting to contact the Waorani tribe. Their daughter, Valerie (born February 27, 1955), was 10 months old when her father was killed. Elisabeth continued her work with the Quechua for two more years,

“I have known Margaret since 1998. While staying with her in the Dallas area, I attended one of her conferences and could hear a woman who knows that the cross is the gateway to joy. Her teaching, imbued with the sufficiency of scripture is indeed – a tour de force”!

Margaret Ashmore speaks on the power of the cross, that transform hearts and lives.